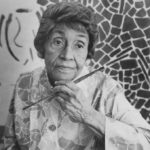 Born in Columbus, Georgia, Alma Thomas studied in Washington, DC at the Miner Teacher’s School (1911-13), at Howard University (1921-24) and later at Columbia University (1930-34). Thomas painted still-lifes, created ceramic sculptures and directed marionette plays. However, it was not until 1950, at the age of 59, that she began a formal study of art. Gradually departing from realism, Thomas began to loosen her brushwork, and by the late 1950s, she found her voice in abstraction, patterning geometric shapes in rich color with an aesthetic language all her own. Thomas had her first solo exhibition at the Whitney Museum of American Art in New York in 1979 and was the first African American woman to do so.  Collectors of note include: The Museum of Modern Art, The Metropolitan Museum, The Smithsonian and Crystal Bridges Museum of American Art. 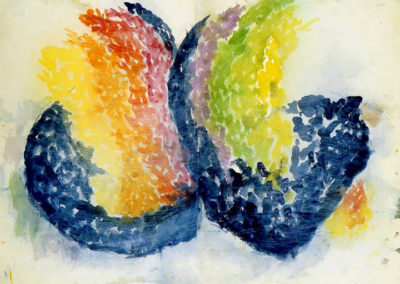