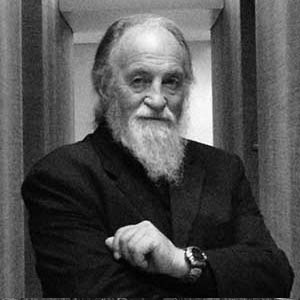 During his late teens, Benini painted landscapes and still lifes in a traditional style. By 1965, his painting evolved into large-scale, monochromatic renderings of the human figure. From 1975, he alternated large-scale representations of the rose and dream-like paintings with strong symbolist content. He concentrated on the symbol of the roses for more than 20 years.During the mid-1980s, Benini’s work took a sharp turn toward geometry and the mathematical sciences. Today, he is focused on the Kaos series. To date, he has had 160 one-man exhibitions, primarily in universities, public institutions and museums. Benini, who was born in Imola, Italy in 1941, now lives in the Texas Hill Country – where on his 147 acre ranch near Johnson City, a 14,000 sq.ft studio showcases 50 years of his paintings. Here he paints every night until morning. After decades of total control over his chosen medium, eight years ago a major change took place in Benini’s technique. On a perfectly executed layered background, his application of dropped pigments and their unexpected interaction started the Courting Kaos series. After a year of this experimentation, he reintroduced shading and the illusion of dimensionality. When the background composition became more dominant, it morphed into the Riding Kaos series. Benini’s work can be found in prominent private and public collections across the United States and abroad. 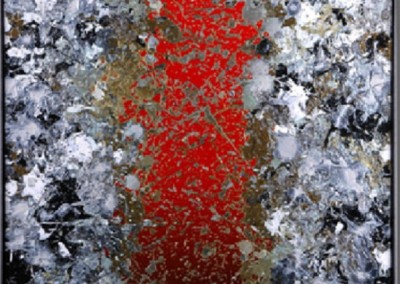