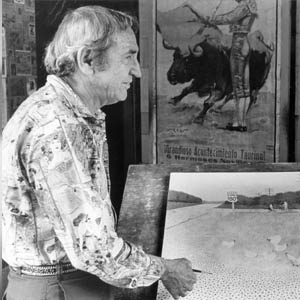 Born in the small farming community of Earle, Arkansas, Carroll Cloar attended Southwestern at Memphis before moving to New York to study at the Art Students League in the 1930s. During his time in New York, he befriended artist Will Barnet and became aware of the work of other great American scene painters and social realists who were painting and exhibiting in the city; all of which would have a significant impact on Cloar as an artist. In 1952, Cloar received a coveted spread in Life Magazine titled “Backwoods Boyhood” and respected art dealer Edith Halpert of the Downtown Gallery added him to her stable of artists. Halbert, in turn, introduced Cloar’s art to Abby Rockefeller, who became a collector. As the driving force behind the establishment of the Museum of Modern Art, Rockefeller purchased his art. She also secured him a spot in MoMA’s permanent collection, thus helping launch his career. Other great museums and collectors soon followed. Although he achieved national recognition, Cloar never forgot his Southern roots. In 1955, he made the contrary decision to return to the South while keeping his representation in New York. He purchased a home in Memphis and successfully painted the people and places of the Arkansas and Tennessee Delta for the rest of his life to great acclaim. 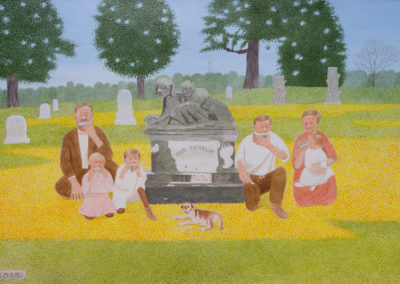 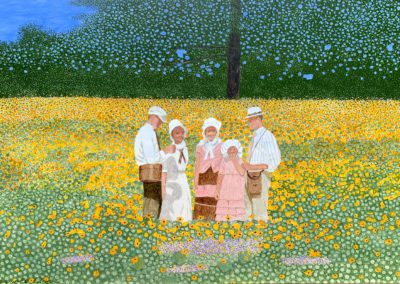 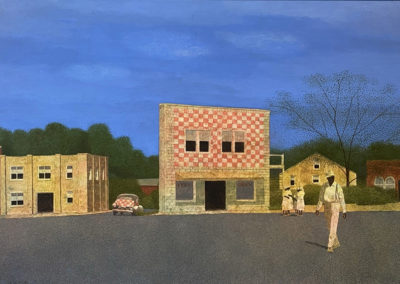 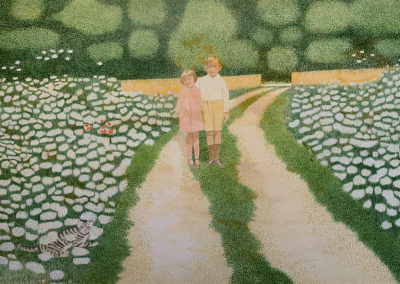 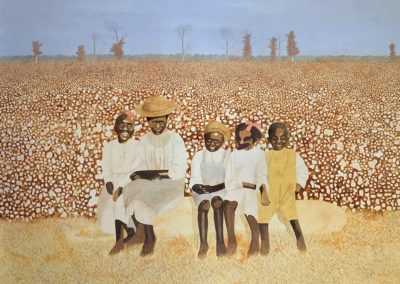 Quittie Malone and the Brothers and Sisters (1985)
acrylic on Masonite, 28 x 40 inches 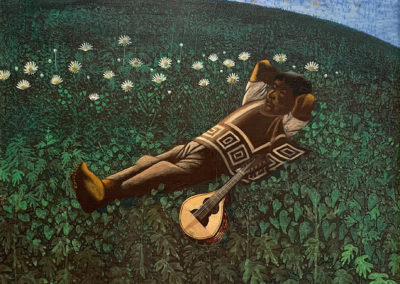 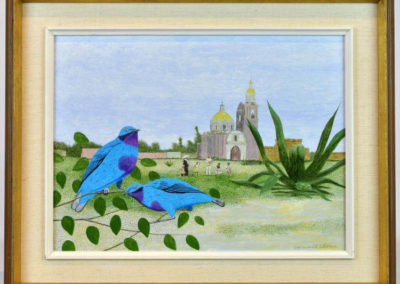 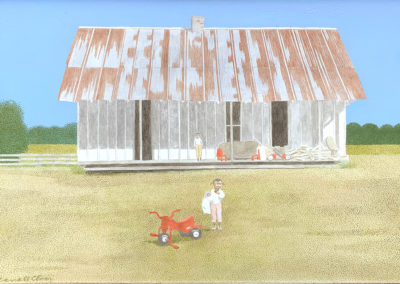 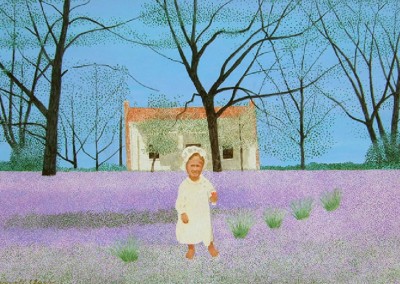 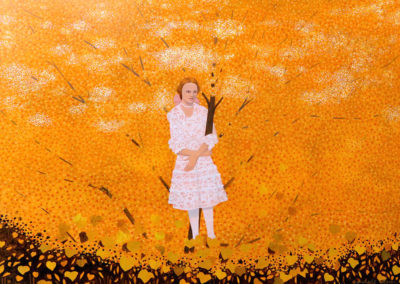 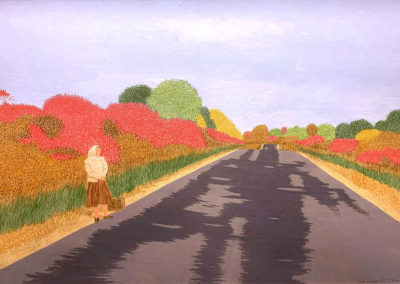 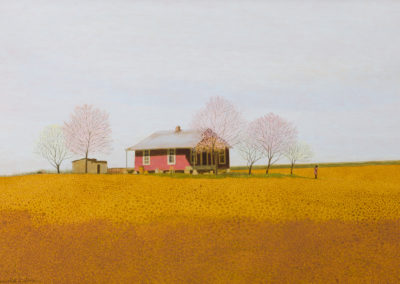 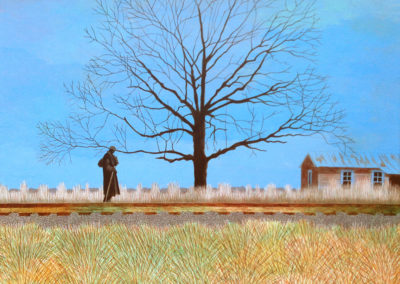 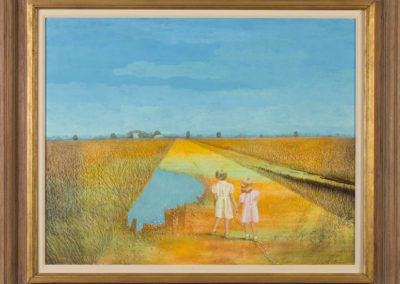 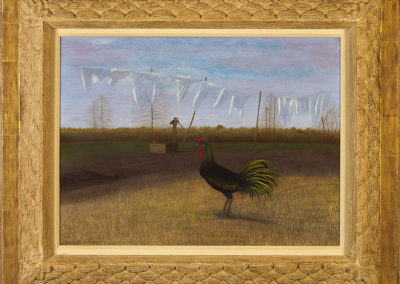 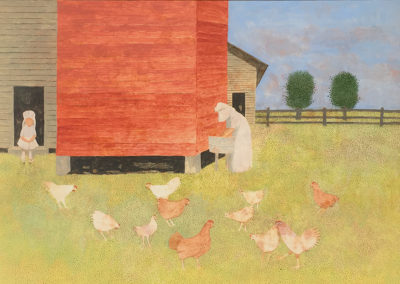 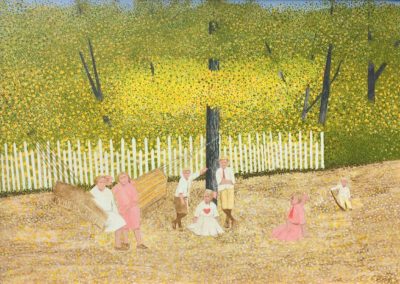 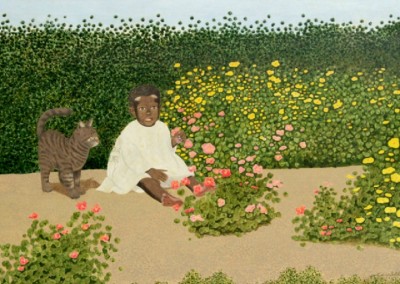 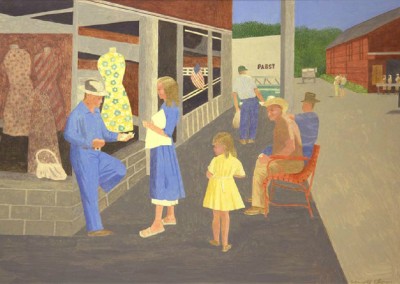 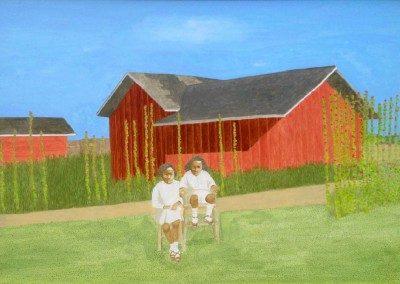 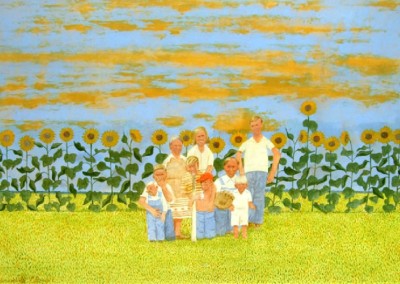 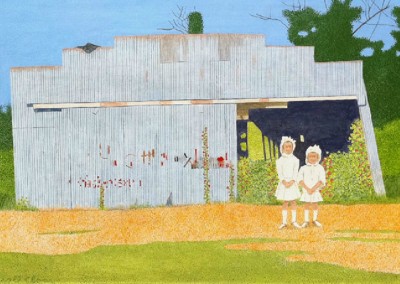 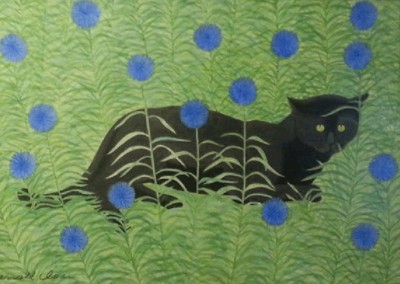 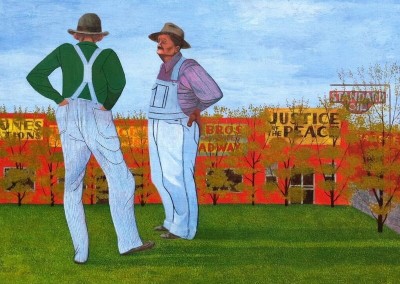