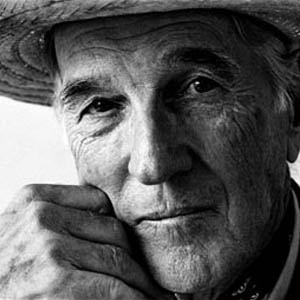 Dale William Nichols was born on July 13, 1904 in the small town of David City, Nebraska. Nichols began his artistic career while studying at the Chicago Academy of Fine Arts. After spending the greater part of the 1920s and 1930s in Chicago, Nichols later became the Carnegie Professor of Art at the University of Illinois. Even though Nichols is best known for his work as a rural landscape painter, he also produced illustrations, lithographs, and woodcarvings. His rural paintings are often classified with that of other regional American landscape artists such as Grant Wood and Thomas Hart Benton. Nichols eventually published under his full name, Dale William Nichols, and became the Art Editor for the Encyclopedia Britannica prior to retiring and traveling for the remainder of his life. Collections of his work include the Metropolitan Museum of Art in New York, NY; the Art Institute of Chicago in Chicago, IL; the Smithsonian American Art Museum in Washington D.C.; and the Nelson-Atkins Museum of Art in Kansas City, MO. 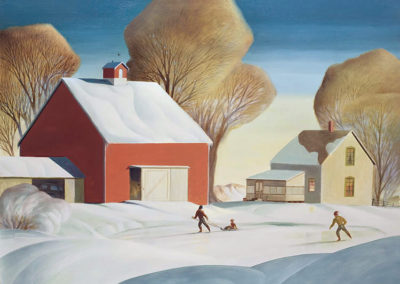 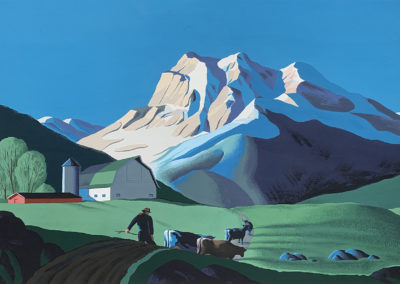 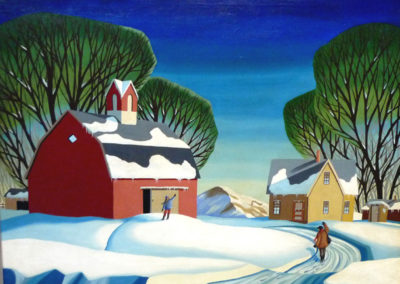 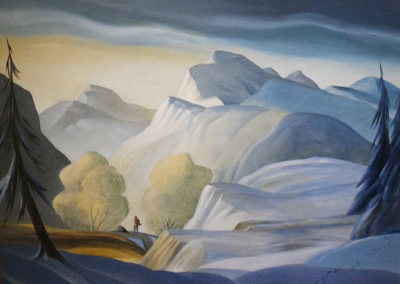 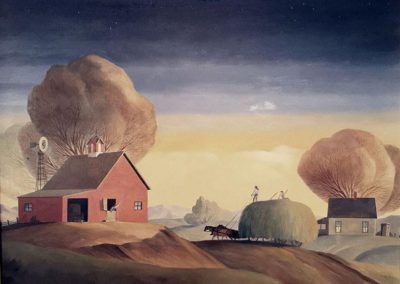 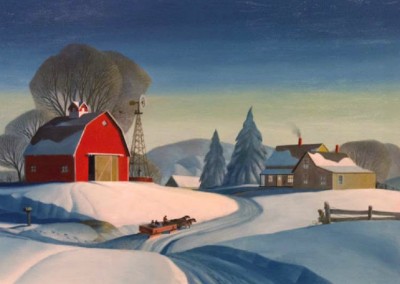