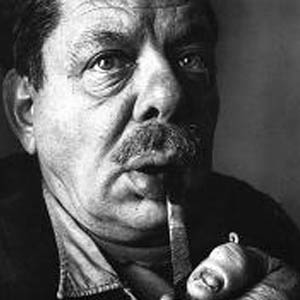 Smith moved to New York, where he studied at the Art Students League with Richard Lahey and John Sloan and privately with Jan Matulka. In 1929, Smith met John Graham, who later introduced him to the welded-steel sculpture of Pablo Picasso and Julio Gonzalez. Stuart Davis, Willem de Kooning, Arshile Gorky, Edgar Levy, Jackson Pollock, and Jean Xceron were his friends throughout the 1930s. In the Virgin Islands in the1930s Smith made his first sculpture from pieces of coral. From 1935, Smith committed himself primarily to sculpture. His first solo show of drawings and welded-steel sculpture was held at the East River Gallery in New York in 1938. The Museum of Modern Art, New York, presented a Smith retrospective in 1957 and organized a major traveling exhibition of his work in 1961. The Solomon R. Guggenheim Museum, New York, organized an exhibition of his work in 1969. In 2006 the museum launched a major retrospective of his work in celebration of what would have been the artist’s 100th birthday. Major museum collections that house his work include: the Metropolitan Museum of Art, New York; the Art Institute of Chicago; the National Gallery of Art, Washington D.C.; the Guggenheim Museum, New York; and the Tate Gallery, London. 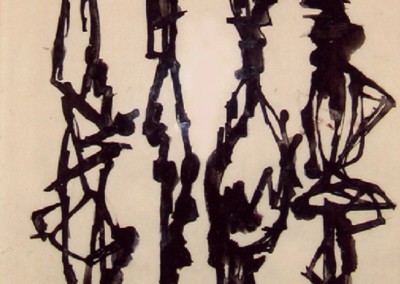