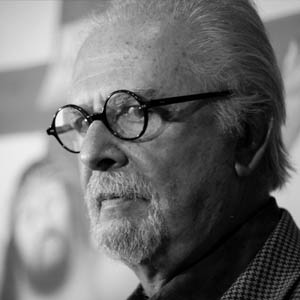 At the age of twelve Fernando Botero, son of a Colombian traveling salesman, received training as a matador alongside his usual school education. Botero’s first major subject in his early paintings was the ring. In 1948 the artist had his first exhibition with other painters from his home province of Antioquía in Medellín. In 1951 Botero moved to Bogotá, where he met the Colombian Avant-garde surrounding the Café ‘Automática’. His first solo exhibition at the Leo Matiz gallery followed after only five months. After his studies at the ‘Academia San Fernando’ and the ‘Prado’ museum in Madrid, the artist went to Italy, where he studied art history from 1953. For a long time he studied the technique of fresco painting and copied works of Giotto and Anrea del Castagno. Two years later Botero returned to Bogotá. In 1956 he married Gloria Zea and moved to Mexico with her, where he found his own style under the influence of the Mexican mural painting of Diego Rivera. The artist was appointed professor for painting at the Bogotá art academy and gradually became the most important young artist in Colombia. In 1960 Botero moved to New York and won the Guggenheim National Prize for Colombia. In the same year he split up with his wife. In 1965 Botero’s fully developed plastic style of painting first became visible in his painting ‘The Pinzón Family’. In 1966 the painter traveled to his first important European exhibition at the ‘Staatliche Kunsthalle Baden-Baden’, followed by his first exhibition at a US museum at the Milwaukee Art Center in December, which lead to his breakthrough in the US. Botero spent the following years in Colombia, New York and Europe. Since the birth of his son, Pedro, from his second marriage in 1970, the artist captured all phases of his son’s life in his art. After the four-year-old died in a car accident, Botero often returned to the motif. In 1973 Botero moved to Paris, where he produced his first sculptures. He only worked on sculptures for some time until he returned to painting in 1978. In 1983 Fernando Botero moved to Tuscany, where he only painted bullfighting scenes for two years. These were shown at the Malborough Gallery in New York in 1985. Today Botero’s works are still exhibited in numerous international museums and exhibitions. Fernando Botero lives and works in New York and Paris. 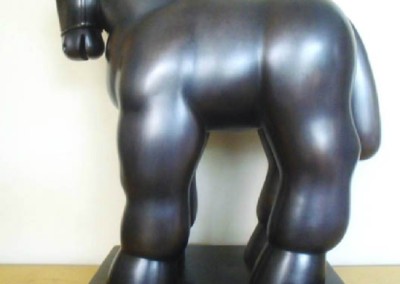 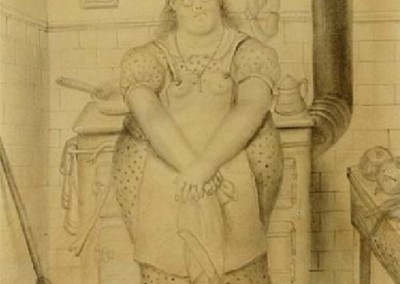