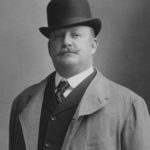 Frederic Remington was an American painter, illustrator and sculptor best known for his realistic portrayals of life in the American West. His subject matter offered a nostalgic look at a rapidly disappearing western frontier, which underwent dramatic transformation in the face of transcontinental transportation, immigration and industrialization.

Born in Canton, New York, Remington attended Highland Military Academy in Worcester, Massachusetts. In 1878, he enrolled at Yale University and pursued his passion for football and began his art studies, studying drawing with John Henry Niemeyer at the School of Fine Arts. This, and a three-month stint in painting and sketching classes at the Art Students League in New York, constituted his only formal art training. Remington’s career long interest in the American West began to take shape when he traveled to the Montana Territory in the summer of 1881. Between 1885 and 1913, Remington’s drawings were published in numerous periodicals, including Century Magazine, Collier’s, and Harper’s Weekly. He also illustrated books by such notable authors as Henry Wadsworth Longfellow, Owen Wister and Theodore Roosevelt, with whom he shared a lasting friendship. He eventually settled in New Rochelle, New York, in 1890 and remained there until nearly the end of his career.

Notable collectors of Remington’s work include: the Amon Carter Museum of American Art, Texas; the Art Institute of Chicago, Illinois; the Metropolitan Museum of Art, New York and the National Gallery of Art, Washington, D.C. 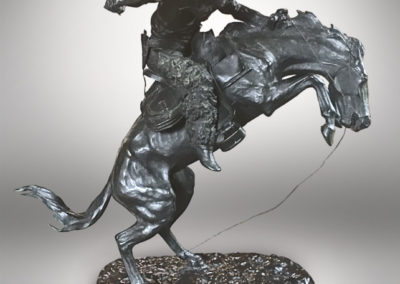