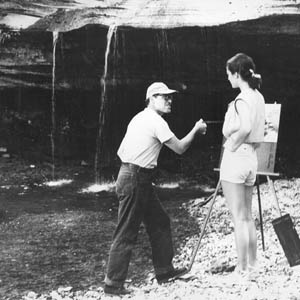 Freund was born in Clinton, Missouri. In 1929 he received a fellowship that allowed him to study in Paris. When he returned to the United States, the Great Depression was beginning, and Freund found work with the fine arts section of the Works Progress Administration. Through the WPA project, he painted murals in public buildings in Pocahontas, Heber Springs, Rogers and Eureka Springs, as well as in six other states. Throughout the years, he worked as an illustrator, teacher, and painter. He founded the art department at the college now known as the University of Arkansas at Little Rock and served as the head of the art department at Hendrix University in Conway, Arkansas. His work can be seen in many museum collections including: the Historic Arkansas Museum, Little Rock and the Nelson Atkins Museum of Art, Kansas City, Missouri. 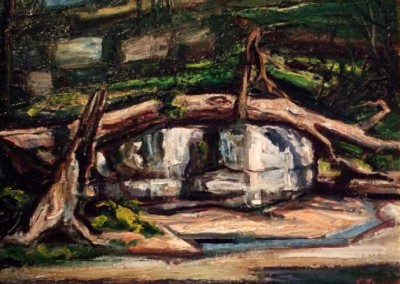