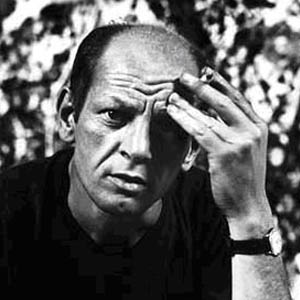 Pollock studied with Thomas Hart Benton while in New York, who had a great influence on Pollock, teaching him that the artist’s experience is more important than the finished product. In the 1930s he came under the influence of Mexican muralists David Siqueiros, Jose Orozco, and Diego Rivera, who inspired his large-scale paintings. The turning point in his career stemmed from his friendship with Peggy Guggenheim who gave him a solo exhibition in 1943 and supported him for a year so that he was free to paint without financial worry. After moving out of New York City in 1946, he began to paint more freely using his drips, smears, and splatters technique. He laid the canvases on the floor and applied the paint with sticks, towels, knives, and dripping. His work belongs to many important museums throughout the world including: the Museum of Modern Art, New York; the Metropolitan Museum of Art, New York; the Art Institute of Chicago; the Solomon R. Guggenheim Museum, New York; the National Museum, Paris; the Smithsonian American Art Museum, Washington D.C.; the Guggenheim Collection, Venice; and the Tate Gallery, London. 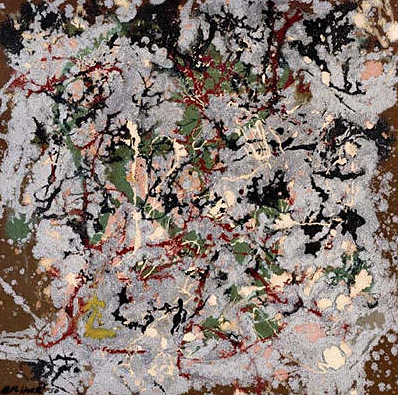