John Marin was born and raised in New Jersey. He was an early American modernist closely associated with the Alfred Stieglitz Group in the early 1900’s. Marin studied at the Pennsylvania Academy of Fine Arts and then spent several weeks at the Art Students League in New York. Like any serious artist at the turn of the century, Marin left for Paris in 1905. While there he met the photographer Edward Steichen, who referred his work to Alfred Stieglitz, whose gallery in New York was an important showcase for avant-garde art. Impressed, Stieglitz visited Marin’s Paris studio, which led to an exhibition at Stieglitz’s Gallery 291 in New York in 1909. After returning to the United States in 1911, Marin continued to express both city and country views. Drawing on his exposure to modern European trends such as Fauvism, Cubism and the work of Paul Cezanne, he changed his style, making it bolder and more aggressive. His depictions of skyscrapers with their arrow-like configurations emphasize the impact of the dynamic forces of the city – particularity New York. During the 1930’s, Marin began to work primarily in oils, which led him to an increasingly fluid approach. By this time Marin had achieved great accolades as an American landscape painter. Marin’s work can be found in the permanent collections of over fifty museums around the country including the Museum of Modern Art, the Metropolitan Museum of Art, the National Gallery of Art, the Art Institute of Chicago and the Crystal Bridges Museum of American Art. 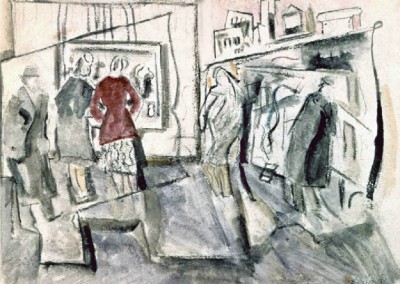 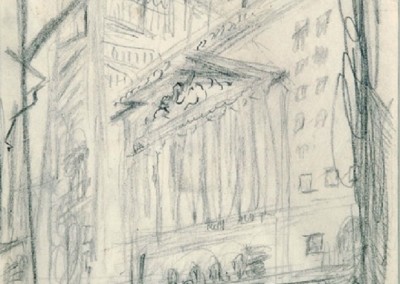 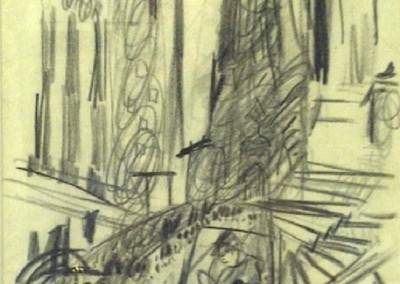