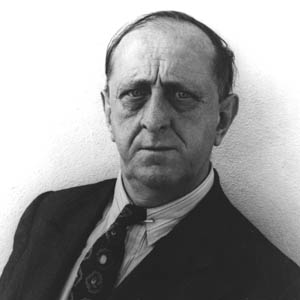 Born in Lewiston, Maine, Marsden Hartley became one of the most famous early modernist artists of twentieth-century American art, known for landscapes, still lifes, and some portraits. His painting showed a focus on monumental shapes, especially clouds and landscape forms. In 1909 Marin had his first exhibition, which was held at New York Gallery 291, run by Alfred Stieglitz. There he became involved with a social circle of modernists that included Georgia O’Keeffe, Arthur Dove, and John Marin. In 1912, he first went to Europe where he had further exposure to modernism, and from 1913 to 1915 he was in Germany. In Paris, he experimented with Cezanne-like still lifes and was befriended by Gertrude Stein. Being encouraged by Stieglitz to explore American subjects, Hartley turned to American Indian objects and designs. In 1918, he eagerly accepted an invitation of Mabel Dodge and her husband, artist Maurice Sterne, to visit them in Taos, New Mexico. He loved the surroundings and did landscapes and Indian paintings. In 1919, he returned to New York and completed a set of oils on New Mexico subjects, which had influenced his style to be somewhat more realistic. During the next decade, he spent much time in Europe, New England, and Mexico and was joined in Mexico by photographer Paul Strand, painter Andrew Dasburg, and poet Hart Crane. In 1936 he painted for several years in the fishing community of Blue Rocks, Nova Scotia, and he also continued to do many landscapes of his native Maine where he spent his last years. Collectors of the artist’s work include: The Museum of Modern Art, The Whitney Museum of American Art, The Hirshhorn Museum and Sculpture Garden and the Museum of Fine Arts in Boston. 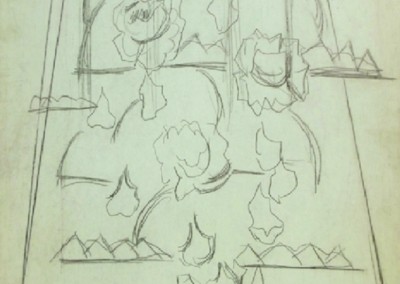