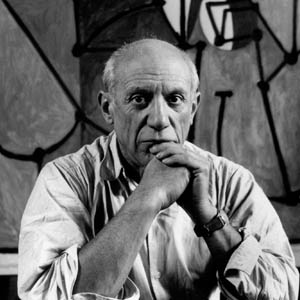 From 1901 to 1904 is considered Picasso’s “Blue Period” in which his work is dominated by a blue color palette. He also experimented with a short-lived “Rose Period” but by 1907 he created the very first cubist painting and his first masterpiece entitled Les Demoiselles d’Avignon. In 1908 Picasso began working with Georges Braque in Paris. They developed cubism together creating collages, still life works, and portraits. The 1920s were Picasso’s most productive years. In 1937, inspired by the Spanish Civil War, he painted “Guernica” which is considered one of his great masterpieces. After World War II he began working with ceramics. Picasso’s work belongs to the most important museum collections in the world including: the Museum of Modern Art, New York; the Art Institute of Chicago; the Picasso Museum, Paris; Museo Reina Sofia, Madrid; and the Tate Gallery, London 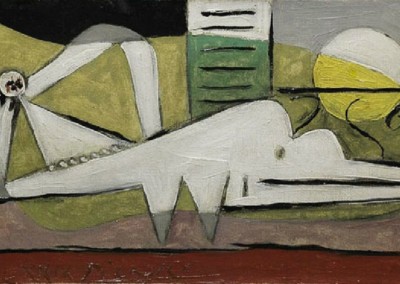