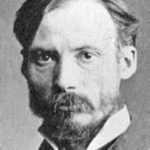 Pierre-Auguste Renoir was one of the central figures of the Impressionist movement in art history. His impressionistic snapshots of real-life scenes and a focus on feminine sensuality were captured through freely brushed touches of color, with figures fusing together and into their surroundings. Renoir’s ability to capture the richness of feeling and light led to the creation of some of the most timeless canvases of his era.

Born in Limoges, France in 1841, Renoir spent his early years as an apprentice in a porcelain factory painting plates. In 1862 he began studying in the studio of Charles Gleyre, meeting artists Claude Monet, Alfred Sisley and Jean Frédéric Bazille. After a series of rejections by the Salon juries, he joined forces with Monet, Sisley and several other artists to mount the first Impressionist exhibition in April 1874, in which Renoir displayed six paintings. In his later years, Renoir developed rheumatoid arthritis. Unwilling to give up his passion, he painted by having a brush strapped to his paralyzed fingers. During the last year of his life, Renoir traveled to Paris to see his portrait, Madame Georges Charpentier (1878), on display in the Louvre. 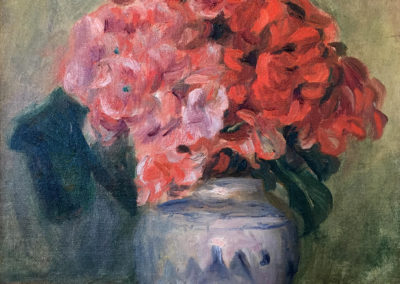