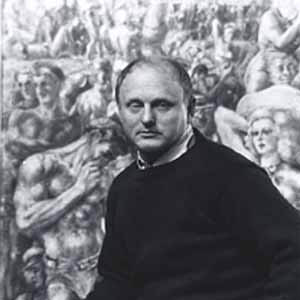 Reginald Marsh was born in Paris, France to two American painters and moved to New Jersey when he was just an infant. He attended Yale University and later the Art Students League in New York and studied with the famed Ashcan painter John Sloan. Marsh loved the Italian Renaissance paintings of Titian, Tintoretto and Michelangelo as well as the hustle and bustle of New York City. He painted its people and burrows often with lively depictions of crowds of people at Coney Island, Vaudeville performances and on the streets and in the bars of New York City. Senator William Benton, US Senator and philanthropist was a big collector of Marsh’s work early on and this vibrant bar scene was once part of his personal collection.

Marsh’s art can be found in some of the most prestigious museum collections in the United States including: the Museum of Modern Art, The Whitney Museum of American Art, The Smithsonian and the National Gallery of Art. 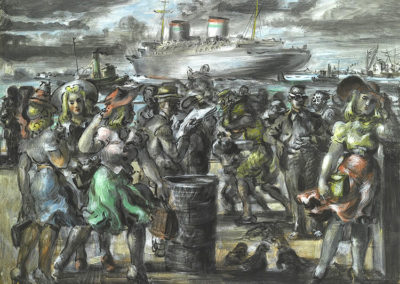 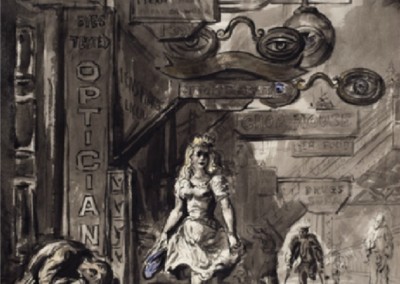 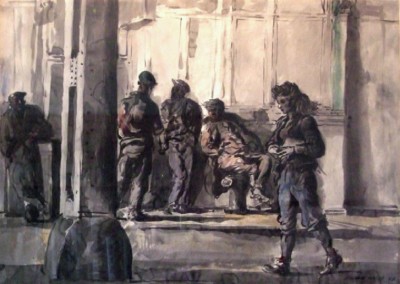 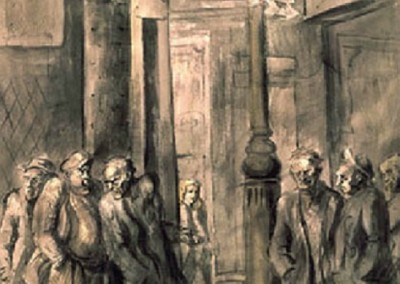 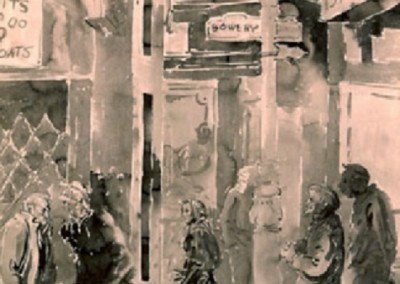