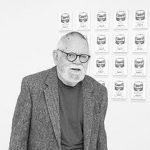 Richard Pettibone is a prominent American artist and is one of the pioneers of Appropriation Art. He notably creates miniature replicas of works by other famous figures, such as Andy Warhol, Ed Ruscha, and Roy Lichtenstein. He deliberately chooses artists whose works focus on replication and seriality, adding an additional layer of irony to Pettibone’s reproductions. In his career spanning over five decades, Pettibone has created one of the most compelling and intriguing bodies of work in contemporary American art.

Born in Los Angeles in 1938, Pettibone was awarded his MFA from the Otis Art Institute in 1962. At the beginning of the 1970s, he moved to Charlotteville, New York where he continues to work today. He has garnered consistent critical acclaim and has participated in numerous prestigious exhibitions on both the national and international levels.

Selected collectors of Pettibone’s work include: the Museum of Modern Art and the Whitney Museum of American Art, both in New York, the Museum of Contemporary Art in Los Angeles, California and the Modern Art Museum of Fort Worth in Texas 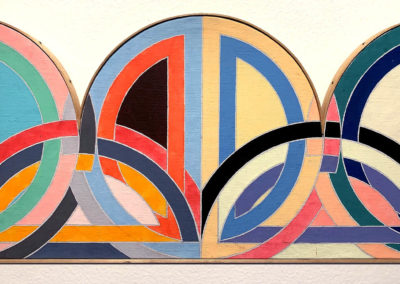