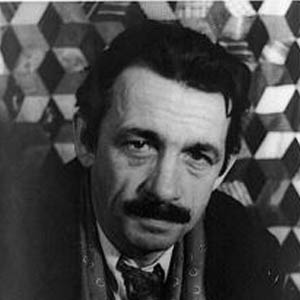 Benton worked as a cartoonist for the Joplin (Missouri) American in 1906 and studied at the Art Institute of Chicago. He later studied at the Académie Julian during a three-year stay in Paris. Upon his return to the United States he moved in avant-garde art circles, but he abandoned modernism about 1920, and in 1924 he began traveling through the rural American South and Midwest, sketching the scenes and people he encountered. Benton emerged as the spokesman for the American Regionalist painters about 1929. His portrayals of Midwestern people and landscapes are done in an original style marked by rhythmically undulating forms and plasticity of movement, stylized features, cartoon-like figures, and brilliant color. Benton believed that the rural areas of the South and Midwest were the source and strength of American art. Benton taught at the Art Students League in New York City, where Jackson Pollock was one of his pupils, and from 1935 to 1941 at the Kansas City Art Institute and School of Design, Kansas City, Mo. His work resides in many notable museum collections including: the Museum of Modern Art, New York; the Metropolitan Museum of Art, New York; the National Gallery of Art, Washington D.C.; the Whitney Museum of American Art, New York; and the Arkansas Arts Center, Little Rock 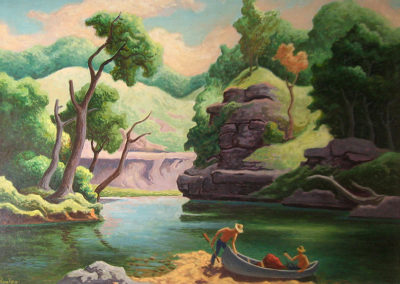 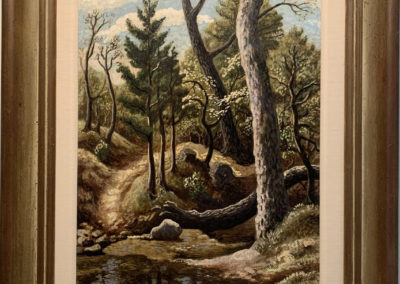 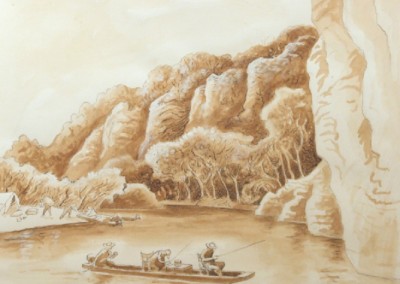 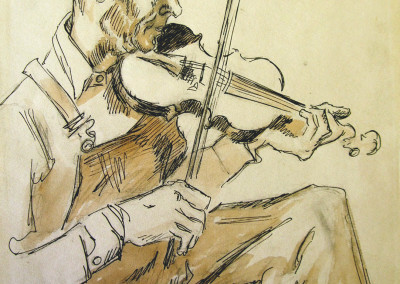 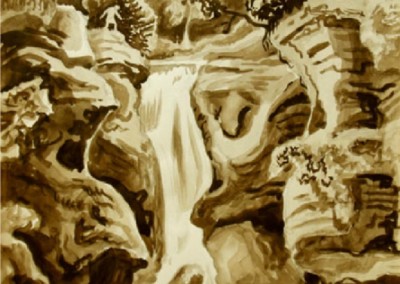 Waterfall with Figures (circa 1940)
graphite and sepia watercolor, 16 x 11 inches 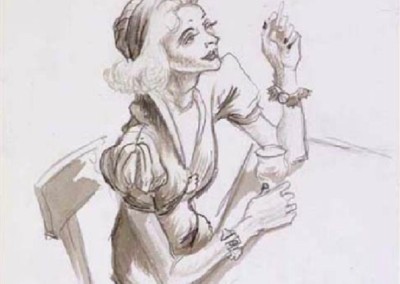 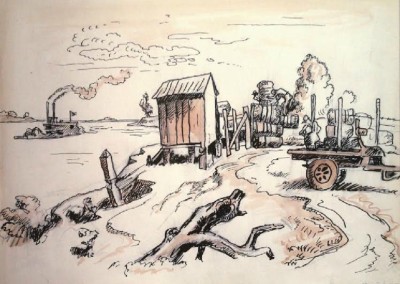 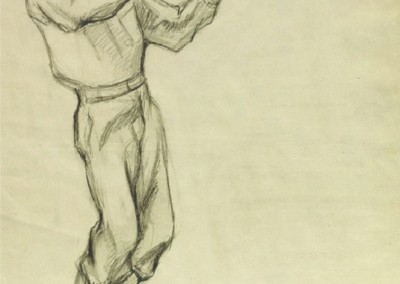 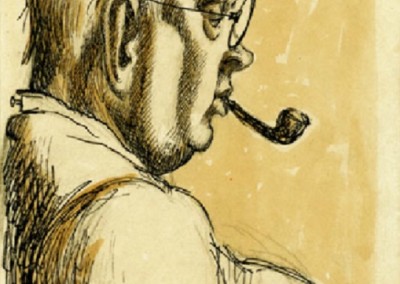 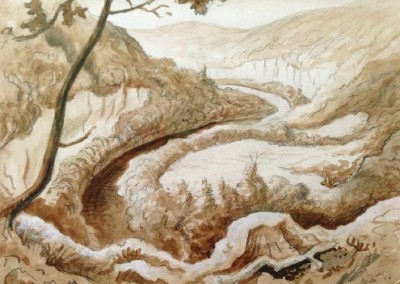 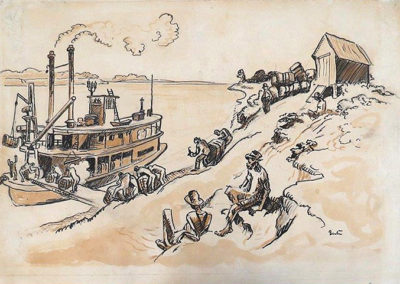 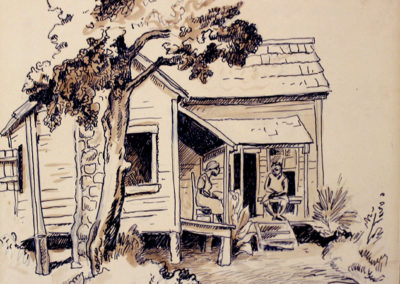 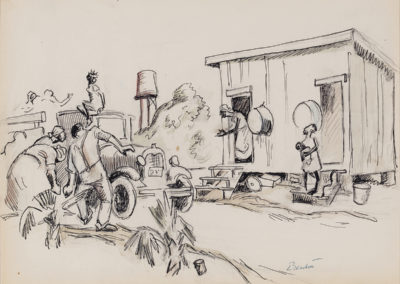